The Santa Selfie came to an end yesterday after the launch in mid-November.

The win couldn’t have come at a better time for the father and son after learning that this will also be baby Ethan’s first Christmas with his family.

The Pacific Casino Manager was all in tears when the news was brought to him and his 2 month old son.

“I feel so happy after receiving this great news from the Bmobile team. I just carried my son and gave him a big hug in excitement. Thank you very much Bmobile for giving us a bright Christmas’ Mr. Leong said.

Speaking of the competition, National Marketing Manager Angela Akso congratulated the winners and acknowledged all participants for entering the competition.

“Congratulations to David and baby Ethan on your win. David and Ethan have met the full criteria of the competition and have also hit the highest and most genuine likes on Bmobile’s Facebook page. I would also like to thank everyone that participated. The Santa Selfie brought in many entries into the competition” Mrs. Akao said.

Mrs. Akao encouraged everyone to keep their eyes out for Bmobile's daily and weekly promotions.

David and his son walks away with $2000 in cash as prize money.

Moddy Honiseu of Kukum was lost for words when she was advised of her big win on Bmobile’s airline ticket promotion.

“This is the biggest surprise I have ever received in a lifetime. I never expected or even dream that I will win this kind of prize” explained Moddy.

The 27 year old from Ulawa province continued with excitement of her win and thanked Bmobile for picking her number out of the draw. This is the first time Moddy has won a prize of great value.

Ms. Honiseu subscribed to Bmobile ’s moa 2-days plan about seven times and her number automatically went to the draw to win this promotion. She plans to utilize her airline ticket to travel around Solomon Islands.

Bmobile’s National Marketing Manager, Angela Akao was present for the handover of the airline ticket voucher. She congratulated Moddy on her win and also acknowledged all Bmobile customers for participating in the promotion.

“This is our first airline ticket promotion and we are glad to see a lot of customers participating. In parallel to this promotion, there are heaps more exciting ongoing promotions our customers can surely take advantage of”. Mrs. Akao said.

She also encourages everyone to take part in Bmobile’s monthly promotions adding there are heaps of great prizes to giveaway.

An overjoyed Daniel Rande of Tanuli Ridge walked away with $1000 worth of food hamper. The win came after Daniel was announced the first winner of bmobile weekly Christmas hamper promotion.

Mr. Rande walked away with two trollies full of goods after he topped up $25 and subscribed for a $20 data plan once last week.

“This was an unexpected win. However, when I saw a bmobile number calling my phone this morning, I was already convinced of the win. For only $25, I have won $1000 worth of goods in prize!” delighted Daniel said.

Bmobile  Marketing Officer, Mr. Billy Wilfred congratulated Daniel on his win whilst handing over the prize.

“Everyone is the winner with us! With the promotions going on for the month of December, we are giving away 20lbs of bag rice every day, Christmas food hamper weekly and $2000 cash in prizes. All customers need to do is purchase bmobile top up or subscribe to any plan anywhere nationwide to go into the draw”. Mr. Wilfred hinted.

He also encouraged everyone to look out for more updates on bmobile face book page and website.

The future is exciting. Are you ready!

Bmobile hosted the first “Smartest Business in Town” corporate Trivia night on Wednesday evening in the Coral Seas Resort and Casino. The theme of the Trivia night was the globe with Bmobile been the global network provider in the Solomons. The CBSI team winning out as convincing winners on the final round. The Central bank of the Solomon Islands consisted of four Solomon Islanders who represented their organization proudly on the night. They are now officially the smartest business in town and received their prizes and winning certificates from Bmobile on the night. The company now have a new corporate team assembled eager to push their new products onto the market and demonstrate the value for money and the global standards now achieved as part of the Bmobile group.

Bmobile SI have launched in July 2016 a Facebook competition with a $10,000 cash prize, simply post your video on our Facebook page displaying your skills and get the most likes, the clip with the most likes is the winner. This is open girls and guys.

On the 12th of July Bmobile welcomed the Western province into our 3G network with 3G services now in Noro, Gizo and Munda. In conjunction with this launch Bmobile are supporting Western United FC in their bid to retain the title as Soccer champions of Solomon Islands by providing all their communication needs for the upcoming season starting this month. 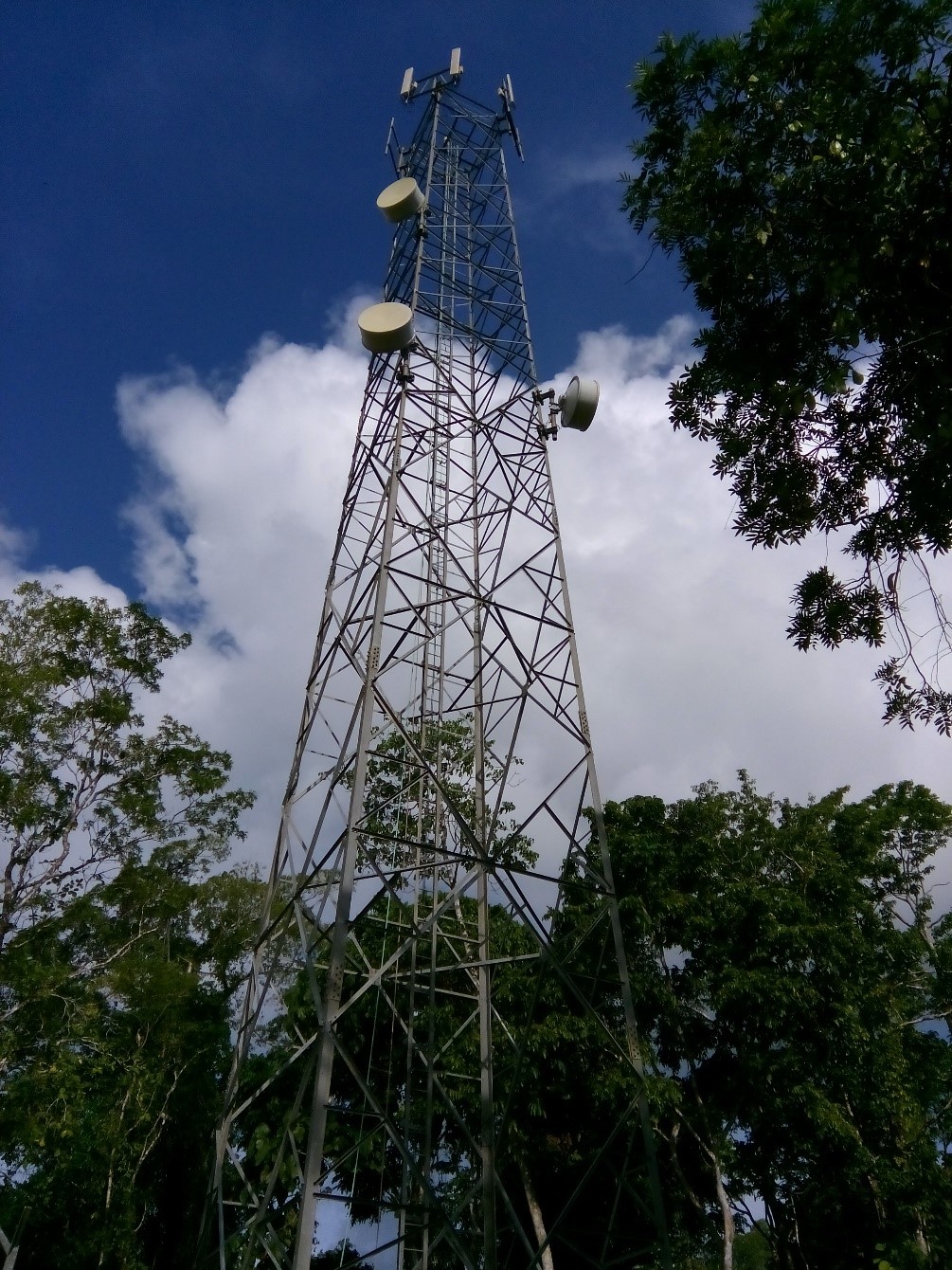 bmobile are committed to upgrading their network in 2016 for Western province. Three new sites have been started and completed as the first step to offer 3G services into Gizo, Noro and Munda. The 3G services will be ready by the end of May 2016.

Bmobile purchase a new fleet of Nissan Patrols in early 2016 for their provincial teams. This is for their engineering team to look after their network effectively so they can continue to offer the most reliable network in the Solomon Islands.

Opening a new bmobile store in central Market Plaza March 2016 with our retail partner Low-price. This is to ensure customers have ease of access to our products and services in central Honiara.

The in-mates dance crew receiving their 15K cash prize from the bmobile CEO. This dance crew won the Facebook Q1 2016 dance competition by having the most likes with 1,500 and over 10,000 views on the bmobile SI Facebook page.

bmobile continue to support arts and culture in 2016 by working with the youth at work group at youth events. 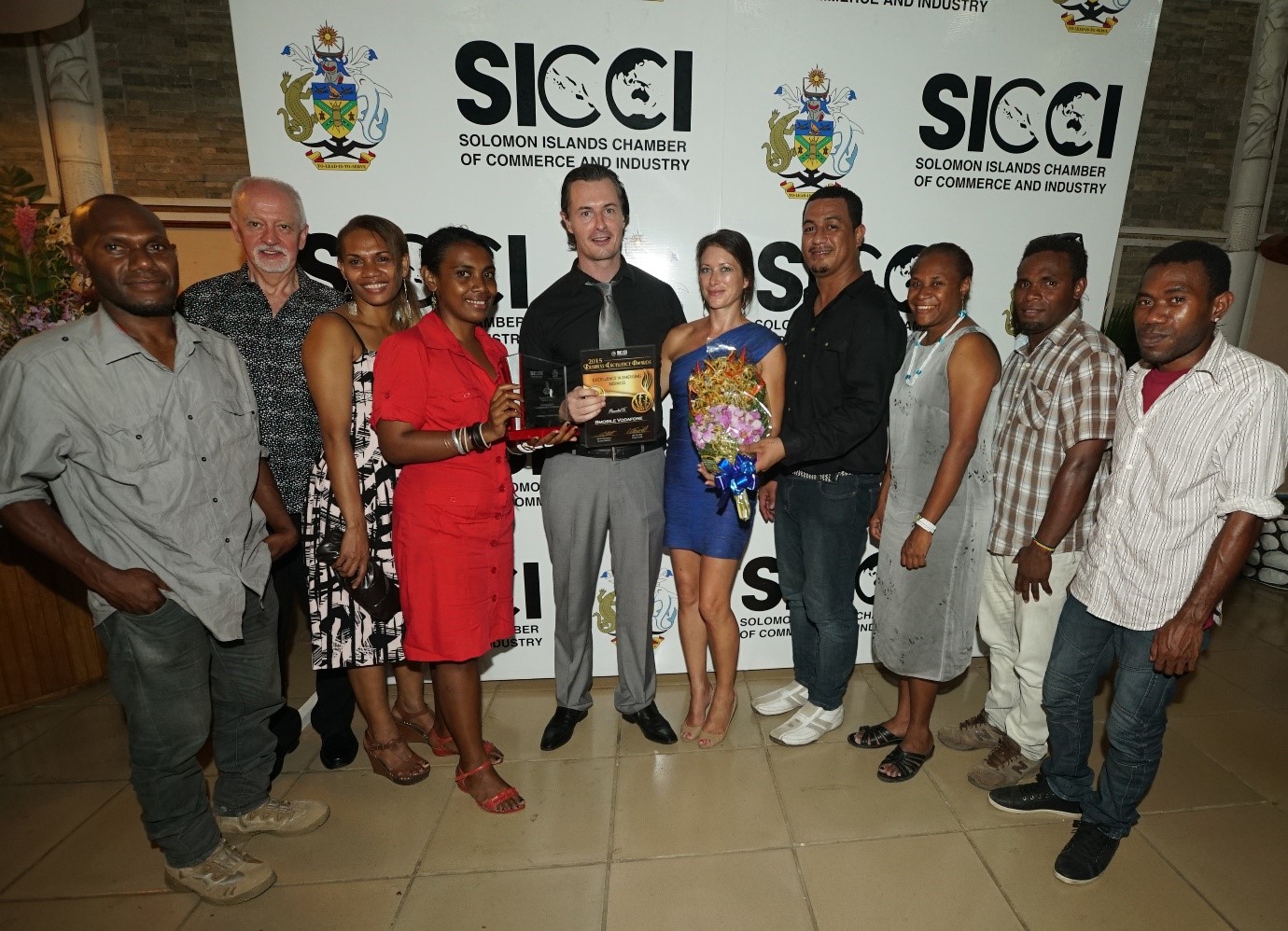 Winning the business excellence awards in 2015 for the most improved business in the Solomon Islands. Receiving prize with the team in the Honiara hotel.